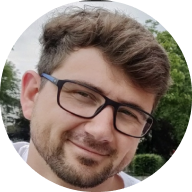 While Conduktor Desktop was not affected by the latest CVE discovered in Log4J v2, this event helped the JVM community notice some similar, yet less severe vulnerabilities, present in Logback, the SLF4J implementation used at Conduktor and shipped with Conduktor Desktop.

We became aware of this vulnerability, CVE-2021-44228, when it was announced late last week and immediately conducted a comprehensive analysis of our build to identify any resources using the Apache Log4J logging library.

This analysis showed that;

Our analysis did, however, identify some potential issues with Logback v1.2.7 and Log4J v1.

As explained by the Logback team here, the versions before v1.2.8 of Logback were affected by some security issues fixed in v1.2.8 and later.

Prior versions of Conduktor Desktop are shipped with Logback v1.2.7 which contains some security issues.

The latest version of Conduktor Desktop, v2.20.1, ships with Logback v1.2.9 to ensure maximum security to our clients.

Another potential issue affecting Conduktor Desktop prior to v2.20.0 was that some dependencies were using Log4J v1, which is not affected by the latest Log4J v2 CVE, but is unmaintained and may contain some security issues too.

To fix this issue, all the dependencies on Log4J have been filtered out of Conduktor Desktop.

At Conduktor, safeguarding the security of our users’ data is at the heart of everything we do. We work hard to improve the app with each new version and as such, we always recommend updating to the latest version of Conduktor to ensure maximum security.